Alaza is very present on the project. He regularly accompany Marc-Aurèle to the field to stay a few days to work. Trustworthy person, he helped in 2016, Thomas Krahl formed a team to perform the firewall.

Specialist in renewable energies, Aloïs has been involved in Togo since 2012 when he was the leader of a project for the redevelopment of a waterfall with the association CIR-Togo. During these trips to Togo, he became friends with Marc-Aurèle. He has come several times on the project to participate in reforestation activities. Aloïs now lives in Senegal with his Togolese partner and son where he works in the development of renewable energies for the country. 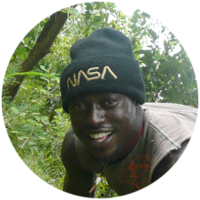 Architect studying the places of memory linked to the abolition of the slave trade, Rossila travels regularly between France and Africa. She helps Zion'Gaïa in France by seeking funding to be able to carry out the project properly. She is also responsible for the architectural creation of infrastructures and the layout of space. 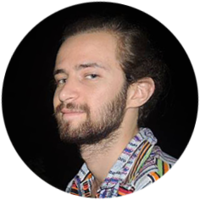 ​From a French mother and a Beninese-Togolese father, I was born and raised in France near Nantes. When I was a child, I visited the African continent in Benin and Togo several times to visit my paternal family and learn about the African culture that is part of my genetic and cultural heritage.

At 19 years old, I decide to go on a trip to India where I work as a volunteer in organic farms through the organization WWOOF. At the same time I begin to walk on the path of spiritual learning. Seeing so many cultural differences in India, I feel this inner thirst to go discovering other countries to keep opening my heart and my mind.

I continue the journey to Australia where I find myself working on an industrial farm that produces only zucchinis. I am shocked by the amount of pesticides that is used to treat crops and we have to work with gloves and long sleeves to avoid skin reactions with chemicals. I am also affected by the negative impact that this kind of agriculture has on soils, air and water.

Then I fly to New Caledonia where I meet the Kanak people, who still live today in a traditional way by cultivating a large part of their food with ancestral methods. This encounter makes me aware of the limits of our western and consumer lifestyle. I realize that in this world it is possible to live in the reality that corresponds to each one of us. At that moment, I decide that my life will be based on principles of respect for nature and mankind. I want to share these values ​​with the world. For more than 2 years on this island, I work as Safety Manager on a large mining project and I discover my personal and collective organizational abilities. I am responsible for the safety of 450 workers. My salary allows me to buy a land of 28 hectares in Togo.

Mariela, born in Guatemala, is a graphic and web designer and above all world traveller. She has been involved in the project from the beginning. She arrived for the first time in Togo with Marc-Aurèle in 2013. After participating in a training in organic farming at the training center of Kpalimé CFAPE, she became fully involved in the project. She is responsible for all visual communication related to Zion'Gaïa. When she is not imagining new ideas for the project, she loves to put her hands in the earth to grow life. 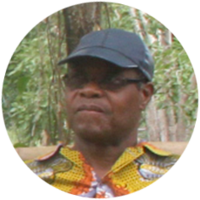 When the job ends, I decide to continue my journey on the American continent. This 2-year journey aims to keep growing spiritually and to keep learning about organic farming. I meet many people who live in alternative ways and who embody their values ​​on a daily basis. I realize that we are the generation that will make a change of consciousness in the history of humanity, that this change is coming and that it depends only on us. Throughout this journey I carry Africa in my heart and the communities practicing permaculture that I meet are merely inspiring the project I wish to carry out on the land I bought in Togo.

I then feel that it is time for me to go back to the African continent after so many years and to meet the land I bought 2 years ago. When I arrive on the land, I realize the severe deforestation that the country has suffered during the last decades and the difficulties that are await me. However, the friendly and joyful welcome of the inhabitants of the village of Kovie Kopé, the richness of the land, and my ardent desire to create a space where it would be possible to live in harmony, make me realize that this land will be the place to manifest my dreams. I then trained in organic farming in a training center in Kpalimé, to learn the techniques of traditional African farming and to immerse myself into the local culture. I then began working on the land for 2 years by planting many trees. These are 2 years of challenges, obstacles and learning.

After having started the project, I feel that it is time to open Zion'Gaïa to all those who wish to get involved and participate in the creation of this collective project. 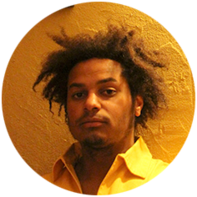 Matthieu spent 9 months in Togo in 2015-2016 to manage the project during the absence of Marc-Aurèle. During this period he was responsible for the protection against bush fire during the dry season and to organize the sale of the bananas that were planted in 2014. He is full of ingenious ideas to develop Zion'Gaïa with green technologies. 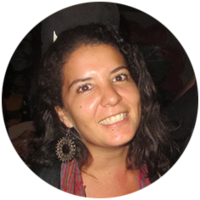 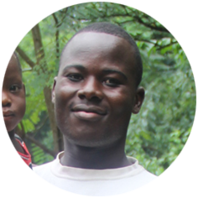 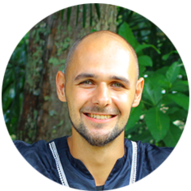 Zion'Gaïa-Togo is a non-profit association registered in Togo whose mission is to set up the Zion'Gaïa project, to reforest the land and to create the ecological center.

(The registration of the association in Togo is in progress)

Zion'Gaïa-France is a non-profit organization registered in France under the law of 1901 with the number W442018479. The association aims to finance the Zion'Gaïa project in Togo by seeking private and public funding in Europe, the United States and in other countries of the world. 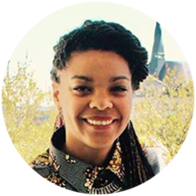 Saïbou is the person in charge of taking care of the trees that have been planted. He lives in Zion'Gaïa and protects the plantations against fire, drought, animals and humans.

Thomas Krahl is the first person that met Marc-Aurèle in Togo. This young German has been invested for more than 4 years in Togo working for several NGOs. He first worked as a volunteer for the AGERTO training center in Kpalimé. Then he participated in the creation of an orphanage in Agou Agbetiko by supervising the construction and being the intermediary between the association in Germany and the actors of the project in Togo. He now works for the German cooperation in Kpalimé by supporting the development of various projects in the region. Friend of Marc-Aurèle for 4 years and music partner, Thomas has been involved in the Zion'Gaïa project since its inception by coming to the land and participating in the reforestation work in 2014 and 2015. In 2016, Thomas organized the protection against bush fire. 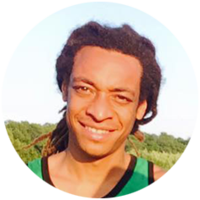 From Togolese origin, Raymond lived many years in France working as History and Geography teacher. During all these years in Europe, he has never forgotten his roots and has always participated in development projects for the African continent. Now retired, he spends most of his time in Africa to develop organic farming projects. Raymond has supported the project since its inception. Indeed, he helped with the purchase of the land and the administrative procedures. He participates in the project financially but also by going regularly to the field especially when Marc-Aurèle is not present to ensure that everything goes well.